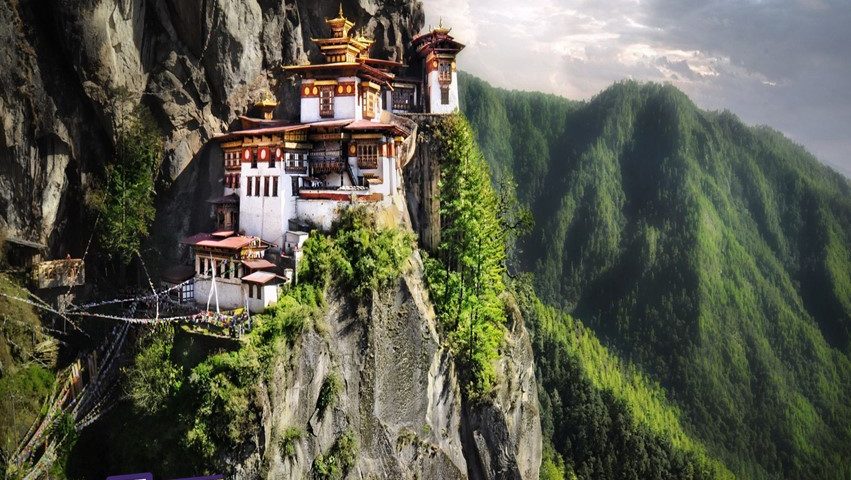 BHUTAN (LAND ARRANGEMENT) JOURNEY TO THE LAND OF PEACEFUL DRAGON

Package Inclusions:
✔ Accommodation in sharing twin as per the itinerary
✔ All meals as per itinerary
✔ All transfers and sightseeing as per the itinerary
✔ Services of an accompanied English speaking guide
✔ Entrance fees – for single visit only
✔ Govt. Royalty and taxes
Exclusions:
- Visa fee to Bhutan
- Personal expenses
- Tip Guide & Driver for each destination
- International airports tax of 20 USD per person & Airfare
- Tourism Development fee

Validity: Until December 2017
ITINERARY:
DAY 01: ARRIVE PARO, TRANSFER TO THIMPHU (55 KM, 1:30 HOURS DRIVE) (L/D)
The flight to Paro on a clear day is one of the most spectacular of all mountain flights. One can see Mt. Everest, Kanchenjunga, Makalu and other peaks in Bhutan such as Chomolhari, Jichu Drake and Tsering Ghang. The first gift from Bhutan will be cool, clean fresh air as you step out of the aircraft. You will be received by our representative and transfer to Thimphu. On arrival in Thimphu, check into the hotel. Afternoon, proceed to visit National Memorial Chorten: a monument for world peace and prosperity. The paintings and statues inside the monument provide a deep insight into Buddhist philosophy. Later visit Trashichhoedzong (opens until 4 pm): This impressive fortress/monastery houses Secretariat building, the throne room of His Majesty, the King and various government offices. It is also the summer residence of Chief Abbot and central monk body. Afterwards, drive to Buddha Point (Kuenselphodrang). You can pay your obeisance and offer prayers to the Buddha, the largest statue in the country and then walk around and take a glimpse of the valley. Overnight at the hotel in Thimphu (Altitude 2400m).
Day 02: Thimphu – Paro (B/L/D)
Morning after breakfast, proceed sightseeing of National Library, which holds a vast collection of ancient Buddhist texts and manuscripts, some dating back several hundred years, as well as modern academic books mainly on Himalayan culture and religion: (Closed on Weekends). Also visit nearby Institute for Zorig Chusum: Commonly known as Arts & Crafts School or Painting School (closed on Sat, Sun & Government Holidays), the Institute offers a six-year course on the 13 traditional arts and crafts of Bhutan. On a visit, one can see students learning the various skills taught at the school. Textile Museum: With the opening of Textile Museum, Bhutanese textile has reached new heights as one of the most visible distinct art forms. (Closed on Sundays). Followed by a visit to ‘Simply Bhutan’ - an exclusive project under the Bhutan Youth Development Fund. It is a living Museum and Studio encapsulating the cultural heritage of the Bhutanese people. The infrastructure portrays ancient Bhutanese architecture which is being lost to modernization. After lunch drive to Paro. In the afternoon in Paro, proceed to visit Ta Dzong (CLOSED ON GOVT. HOLIDAYS): once a watchtower, built to defend Rinpung Dzong during inter-valley wars of the 17th century, Ta Dzong was inaugurated as Bhutan's National Museum in 1968. It holds a fascinating collection of art, relics, religious thangka paintings and Bhutan's exquisite postage stamps. The museum circular shape augments its varied collection displayed over several floors Afterwards, walk down a hillside trail to visit Rinpung Dzong, which has a long and fascinating history. Built in 1646 by Shabdrung Ngawang Namgyal, the first spiritual and temporal ruler of Bhutan, the Dzong houses the monastic body of Paro, the office of the Dzongda (district administrative head) and Thrimpon (judge) of Paro district. The approach to the Dzong is through a traditional covered bridge called Nemi Zam. A walk through the bridge, over a stone inlaid path, offers a good view of the architectural wonder of the Dzong as well as life around it. It is also the venue of Paro Tshechu, held once a year in the spring. Overnight at the hotel in Paro. (Altitude 2200m)
Day 03: Paro (B/L/D)
Morning excursion to Taktshang Lhakhang (approx. 5 hrs walking excursion): perched on the side of a cliff 900m above the Paro Valley floor, it is undoubtedly one of the most famous of Bhutan’s monasteries. Lore has it that Guru Rinpoche arrived here on the back of a tigress and meditated at this monastery thus the name ‘Tiger’s Nest’. This site has been recognized as a most sacred place and visited by Shabdrung Ngawang Namgyal in 1646 and now visited by all Bhutanese at least once in their lifetime. On 19 April 1998, a fire severely damaged the main structure of building but now this Bhutanese jewel has been restored to its original splendor. On the drive towards Paro town en route visiting Kyichu Lhakhang, one of the oldest monasteries of the Kingdom reflecting the introduction of Buddhism in Bhutan. Dinner and Overnight at the hotel in Paro.
Day 04: Depart Paro (B)
After early breakfast at the hotel, drive to the airport for flight to your onward destination. Our representative will help you with exit formalities and then bid you farewell.End of program Have a NICE trip! 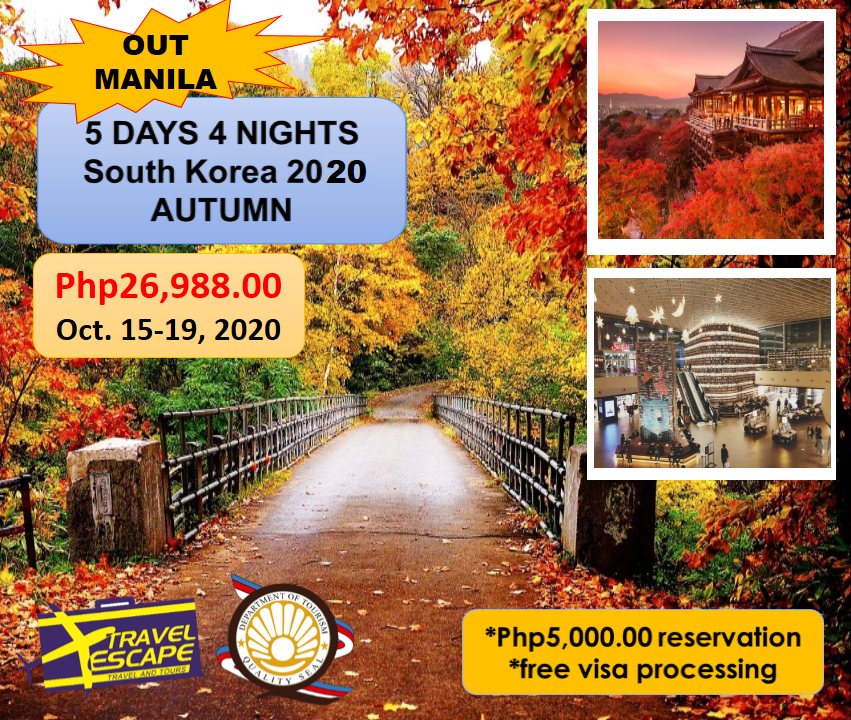 AUTUMN IN KOREA OUT MANILA 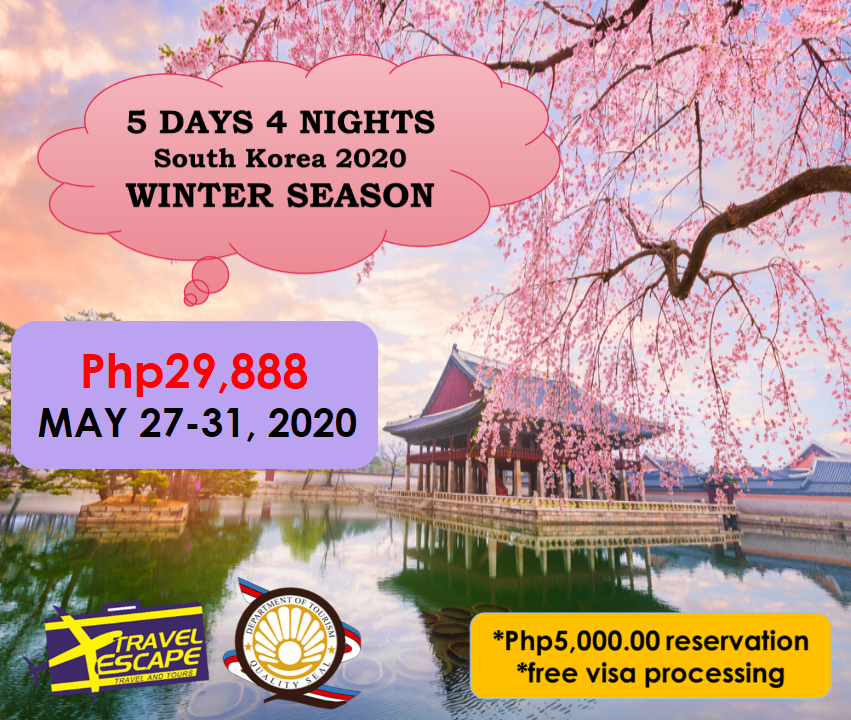 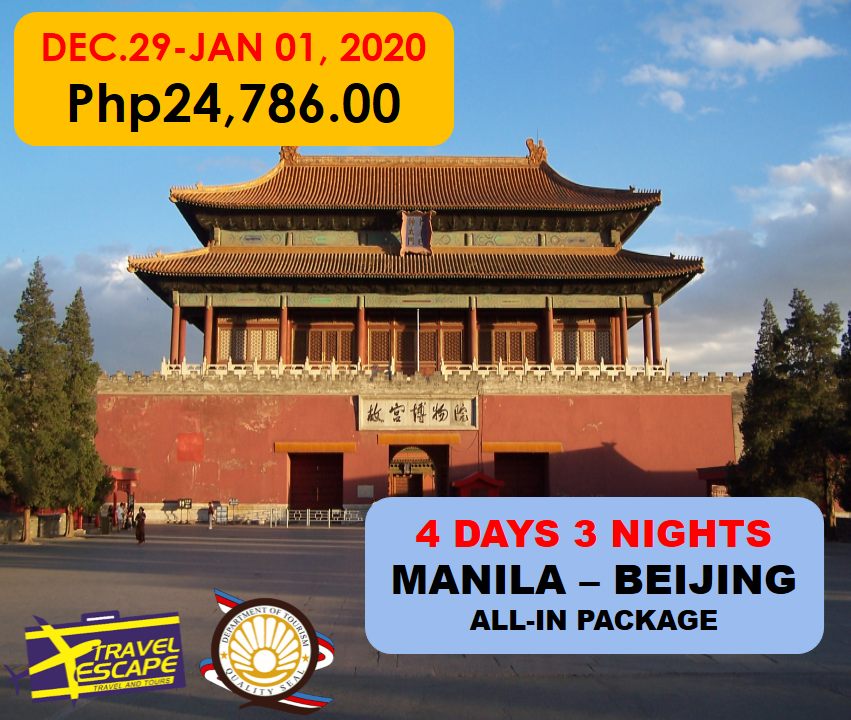